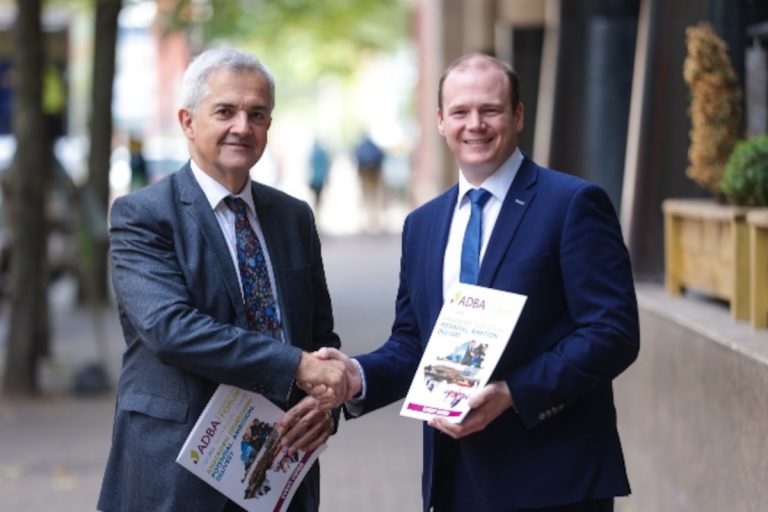 On 21 September, over 160 anaerobic digestion (AD) industry leaders and stakeholders gathered in Belfast to discuss the role AD and biogas can play in Northern Ireland's decarbonisation strategy, at the ADBA Northern Ireland Forum. It was hosted by the Anaerobic Digestion and Bioresources Association (ADBA).
Speakers included Gordon Lyons, Northern Ireland's economy minister, as well as representatives from DAERA, the Ulster Farmers' Union, KPMG and the Agri-Food and Biosciences Institute.
A session entitled "AD: Potentional, ambiton, delivery" explored the inside track on the role anaerobic digestion and biogas must play in decarbonising the province's economy and the opportunities for growth. It was chaired by former secretary of state for energy and climate change and current ADBA chairman Chris Huhne.
Lyons opened proceedings, delivering a keynote speech on “maximising Northern Ireland’s opportunities for biomethane in the path to net zero energy”. He highlighted the need to get “back to the future” and secure energy security for NI – an ambition in which biomethane would play an important role.
“I am committed to ensuring that in the delivery of self-sufficiency in affordable renewable energy, we will transform our economy, and the whole of our society will benefit from it”, he said. “Biomethane will play a key role in this transition.
“The pro-active role being taken by local industry encourages me that Northern Ireland will not be just a passenger in our journey towards achievement of Net Zero 2050 targets, but is very much in the driving seat of change.”
Speakers from DAERA, the Ulster Farmers’ Union, KPMG, the Agri-Food and Biosciences Institute, WRAP, BioCapital, CAT Finning, Queen’s University Belfast, Phoenix Natural Gas, SGN Commercial Services, Firmus Energy then highlighted the benefits of investing in AD and biogas to boost and decarbonise Northern Ireland’s economy.
Judith Wilson from DAERA reaffirmed the department’s commitment to the Green Growth Strategy and objectives to reach net zero by 2050 and a 48% reduction in emissions by 2030. She laid out the path they intend to take to get there, including developing the AD sector while mitigating any unwanted impacts on environment and land use.
Russell Smyth of KPMG presented findings from their upcoming Supporting a Renewable Gas Sector in Northern Ireland report, describing the significant demand for biomethane in the country (largely due to its dairy industry and the energy needed to dry milk powder) and reviewing the various financial support options available. He notably pointed out that biomethane is currently cheaper than fossil fuels.
UFU’s John McLenaghan described the trilemma of energy vs food vs environment – and how AD, given the right support, was uniquely poised to be a solution to all three. How to remove barriers to deployment – economics, planning and permit – was also explored.
Key outcomes from the event were that:


“Northern Ireland is the best placed part of the UK to produce the most biogas and biomethane,” concluded ADBA Chairman Chris Huhne. “It has the potential to meet 80% of its gas demand from this home-grown, cost-effective, and sustainable source thanks to the importance of livestock farming. With the right support, biogas can help boost the Northern Irish economy and insulate it from world gas prices by halving the cost of gas. And it can be done quickly: biogas plants can be built in two years.”