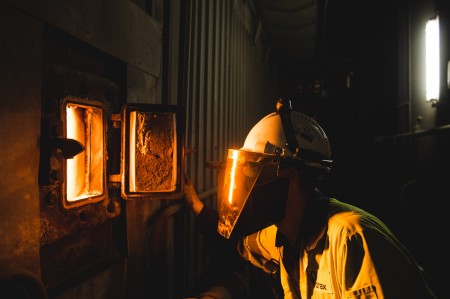 C-Capture, a company specialising in carbon dioxide emissions removal, has raised £3.5 million in an equity funding round led by BP Ventures, Drax and IP Group.

Designed to help mitigate climate change, C-Capture’s technology is a chemical process for carbon dioxide removal. It has been designed for use in power stations as well as aluminium, cement and steel facilities.

A demonstration project is currently being conducted at Drax’s North Yorkshire power station, with the aim of removing the carbon dioxide from emissions produced by generating electricity from biomass. According to a Drax statement, the project has the potential to eventually produce negative emissions, removing and storing CO2 from the atmosphere.

“We’re delighted that Drax, IP Group and now BP have all seen that our unique technology has the potential to be applied at scale around the world as part of the global drive to tackle climate change,” said C-Capture chairman Tristan Fischer.

“We’re all very excited about the pilot project with Drax, and also that this new funding will help to develop our technology for use across a range of industries. We are looking carefully at the broader market for our carbon capture technology, which includes not just power generation but also the production of cement, steel and aluminium, as well as biogas, across a range of territories including India and China.”

At the heart of C-Capture’s technology are proprietary solvents, which the company claims are safer and less expensive than current technologies based on amines.

“The innovative technology C-Capture has developed and is piloting at Drax Power Station is putting the UK on the map when it comes to carbon capture and global efforts to tackle climate changes. This investment gives us a long-term commercial agreement to work together with,” said Will Gardiner, CEO of Drax Group.

“We’re confident that our bioenergy carbon capture and storage (BECCS) pilot project will be successful, and if we scale it up, it could enable Drax to become the world’s first negative emissions power station. This significant milestone means the power we produce would help to reduce the carbon dioxide accumulating in the atmosphere,” Gardiner continued.

Explaining BP’s decision to be involved in C-Capture’s funding round, the company’s head of technology, David Eyton, said, “BP believes carbon capture, use and storage has a key role to play in reducing emissions, in line with global climate ambitions. C-Capture’s technology could reduce the cost of capturing carbon dioxide.”

Signs are that the UK is going to place significant weight into carbon capture and storage technologies as it looks to reduce emissions and tackle climate change.

In November 2018, the Government announced that the UK’s first carbon capture, usage and storage (CCUS) project could be operational from the mid-2020s under an action plan that forms part of the modern Industrial Strategy.

The plan commits the UK to set how to enable the first CCUS facility. This will involve investing £20 million in supporting the construction of CCUS technologies at industrial sites, and investing up to £315 million in decarbonising industry, including the potential use of CCUS.