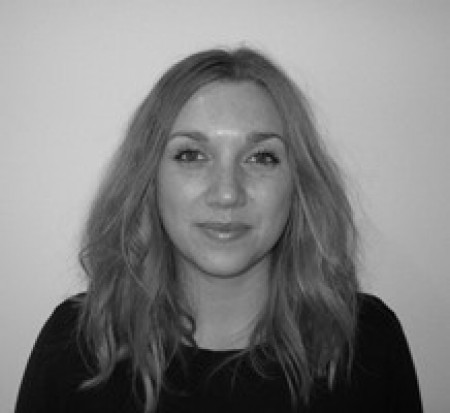 The global wood pellet market has endured a challenging 2016. Acute oversupply in both industrial and heating sectors, combined with relatively warm temperatures and overrunning maintenance issues at Drax have pressured operating rates and led to a record drop in prices. While certain players have taken steps to rebalance the market, fundamentals remain weak moving into 2017.

Despite the currently sober sentiment, there is plenty to look forward to this year. From a regulatory and policy standpoint 2017 is likely to be a year which shapes the future of the pellet market, at least in Europe.

In January, the Netherlands is expected to publish the verification protocol for biomass sustainability, announce the results of the autumn 2016 SDE+ auction, and clarify its position on a coal phase out. Together, these announcements will determine whether the country will add 3.5 million tonnes of annual demand to the European landscape over the next few years or not. Meanwhile, negotiations will start for the European Commission’s winter package of proposals, including EU-wide biomass sustainability criteria and the second Renewable Energy Directive covering 2021-2030 (REDII). And in the UK, Article 50 will be triggered opening up formal negotiations for the UK’s exit from the EU. Although these negotiations will continue beyond 2017, by this time next year we would expect to see the potential paths ahead with more clarity.

In April, the UK will also hold its second contract for difference (CfD) auction for installations commissioning in 2021/22. We are unlikely to see many biomass installations bid for support in this auction. Biomass power-only is no longer supported, there is currently no funding allocated for the biomass conversions pot, and there is no guarantee that the Renewable Heat Incentive (support for the heat portion of biomass combined heat and power) will continue past 2020/21, making it financially difficult for biomass CHP installations. However, the department for Business, Energy & Industrial Strategy (BEIS) is currently investigating whether and how it would be appropriate to support future biomass conversions in the UK, and we expect to hear whether the RHI will be extended in the Spring Budget – both of which could lead to increased applications for biomass support in the further two CfD auctions during the remainder of this Parliament.

From coal to biomass

Meanwhile, the conversion of Energetický a průmyslový holding’s (EPH) Lynemouth coal plant to wood pellets is well underway and will start commissioning during 2017, before ramping up to full load in 2018. Should the Netherlands decide not to close RWE’s Amer coal power plant by 2020, then we could also see the start-up of this facility before the end of 2017. The SDE+ spring 2016 auction has already awarded support equivalent to 1.3 million tpy of demand to the plant. Next year we will also discover whether Estonia-based wood pellet producer Graanul Invest is able to secure financing and take a final investment decision on its long-awaited Langerlo conversion in Belgium. The clock is ticking, as the project has a start-up deadline of mid-2018 to ensure it receives the support it has been awarded.

Outside of Europe, demand growth is gathering pace in Asia. South Korea has already tendered for more than 660,000 tonnes of wood pellets for delivery in 2017, of which around 400,000 tonnes is for KOSEP’s Yeongdong unit conversion – the first unit in the country to run on 100% wood pellets. The conversion is due to start operating in the first quarter of 2017. Meanwhile, Japanese imports increased by around 52% in the first 10 months of 2016 to 273,000t. Consumption is expected to grow substantially there next year, with co-firing ramping up at Tokyo Electric Power’s Soma Kyodo Power Station in Shinchi and the start-up of co-firing at Osaka Gas’ Nakayama Nagoya Unit 2.

China has yet to make its mark on the global bioenergy market, but it appears the government is now making bioenergy a priority following the country’s support of the Paris Agreement. The National Energy Administration released its five-year plan for biomass development on 5 December, which focusses on growth in four areas: biogas, biomass pellet fuel, biomass for electricity generation and biomass liquid fuel. The plan calls on the government to develop policies to stimulate biomass consumption in the country and support private capital investment into the industry.

The plan sets a goal for 2020 of 30 million tonnes of annual biomass pellet consumption in the country, displacing 15 million tonnes of coal. Total investment for this will be an estimated CNY 18 billion (€2.5 billion). The National Energy Administration’s estimate shows 8 million tonnes of biomass pellet fuel consumption currently in the country, but very little of this is wood pellets. It is also unclear how much of the 2020 target will be wood pellets, or whether secondary policies will support imported fuel. Nevertheless, these targets are ambitious and could completely alter the global biomass landscape over the next few years if realised.

There is much evidence to suggest that 2017 will be an exciting year for the wood pellet industry, though at an operational level we expect the challenges of oversupply and generation economics to continue, at least until consumption ramps up in 2018.