£2 million investment as markets for Miscanthus are ‘opening up’ 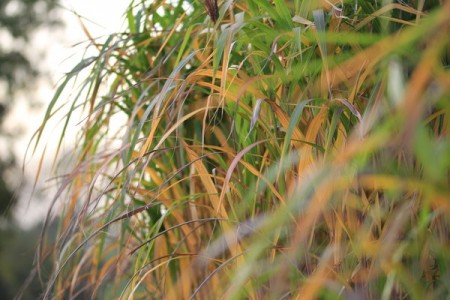 UK Miscanthus specialists Terravesta have been boosted with a private investment of £2 million.

“We’re responding to the devastating effects of climate change by moving away from fossil-based hydrocarbon products, and replacing them with renewable technologies,” said William Cracroft-Eley, Terravesta chairman, in a statement.

“Miscanthus has a major contribution to make to the sustainable future of our economy and this is recognised in Nat’s investment.”

Terravesta claims that Miscanthus can be grown on marginal land, is carbon negative and boosts soil health.

“Over the next few years a proportion of farmers will be able to plant Miscanthus from seed as well as rhizome and currently numerous future markets for Miscanthus are opening up, which include biodegradable plastics, packaging, furniture, high value chemicals, pharmaceuticals and hundreds of other uses, through the process of bio-refining,” said Alex Robinson, operations manager for Terravesta.

A key role to play in the energy mix

According to a Terravesta statement, le Roux maintains that Miscanthus, a second generation crop, will become a major part of the energy mix and contribute to mitigating climate change on global scale.

“Miscanthus has a huge role to play in the energy mix both in the UK and globally. Research from the Energy Technologies Institute (ETI) estimates that planting around 1.4 million hectares of second generation crops by 2050, would make a significant contribution to cost-effective, low carbon energy generation in the UK,” Robinson told Bioenergy Insight.

“This amount of crop, yielding an average of 15 tonnes per hectare will generate 21 million tonnes of biomass, which will generate 336Mgigajoules (GJ) of energy per year. This can all be generated from non-productive/marginal agricultural land with no detriment to food supply,” Robinson continued.

“Grown as a rotational crop over a 15-year period will enhance soil health and increase organic matter content, making the land more productive for future food production, all with no fertiliser applied to the crop and minimal herbicide application.”

The company already has projects in operation across Europe, in Bulgaria, Croatia, France, Germany, Holland, Italy, Poland and Slovakia.

“Terravesta is working with industrial partners to explore a wide variety of end-uses, from new fibre technologies for building materials, as well as potential use for land remediation, through to the possibility of bio-refining Miscanthus to replace hundreds of products, including plastics,” Robinson revealed.